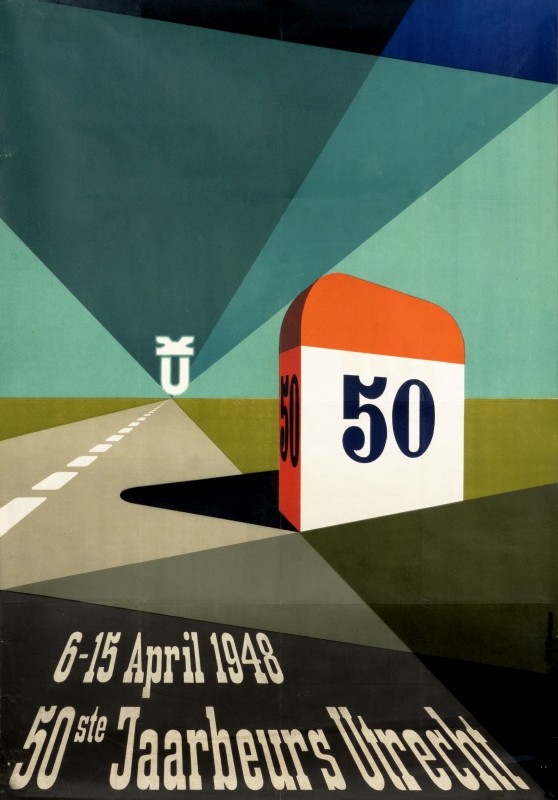 Treumann, Otto
50ste Jaarbeurs Utrecht 1948, 1948
This complex and energetic Constructivist design for the 50th anniversary of the Utrecht Trade Fair brilliantly conveys the theme that the fair has and will continue to be at the crossroads of Europe. Far in the distance, the trade fair's logo shows a "U" for Utrecht below the winged helmet of Mercury, the god of speed and commerce. The road stretches beyond the 50 year marker into the future. Rich color, deep shadows and foreshortened lettering adds to the dynamic drama. Treumann created several posters for the trade fair after WWII and would become one of Holland's most talented Mid Century designers. Treumann had fled Germany in the 1930's as a teenager and trained in the Bauhaus style at the New Design School in Amsterdam.
26.4'' x 38.2'' / 67 x 97 cm
Lithograph | Backed on Linen
ID# DUL01510
$1500
VIEW MORE POSTERS LIKE THIS...
Country & Style
Other Keywords
Colors