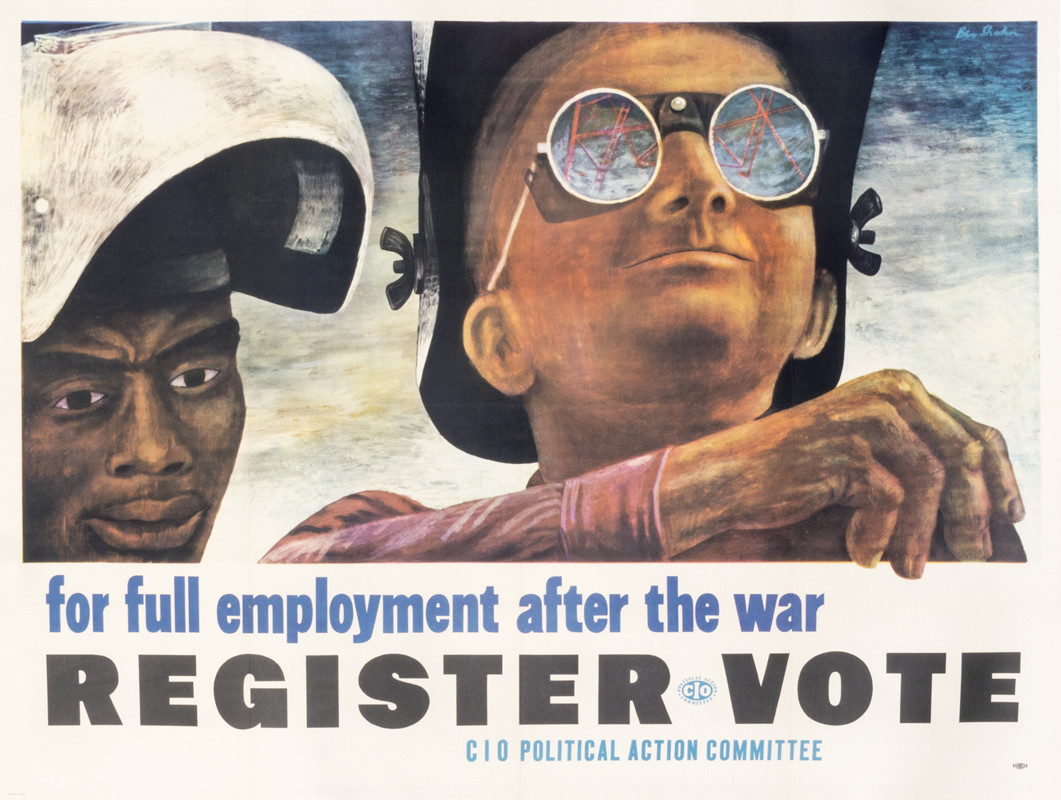 Shahn, Ben
For Full Employment After the War - Register to Vote - CIO Political Action Committee, 1944
The Congress of Industrial Organizations (CIO) was created in 1938 after its split from the American Federation of Labor (AFL). The main difference was a focus on industry wide organizing rather than by craft. In 1943, the CIO formed its Political Action Committee, the very first PAC. Its agenda: the reelection of Franklin Roosevelt, and they wisely hired leading social activist Ben Shahn as its head artist. This famous poster powerfully captured that effort, with two welders seemingly looking into the uncertain future. The poster also addressed the Administration's efforts to eliminate racial discrimination in war industries, in contrast to the more segregated approach of the AFL. Shahn's CIO posters are quite rare; this is a particularly fine specimen.
40'' x 30'' / 102 x 76 cm
Lithograph and Offset | Backed on Linen
ID# USC24986
$6,001 to $10,000
VIEW MORE POSTERS LIKE THIS...
Country & Style
Other Keywords
Colors