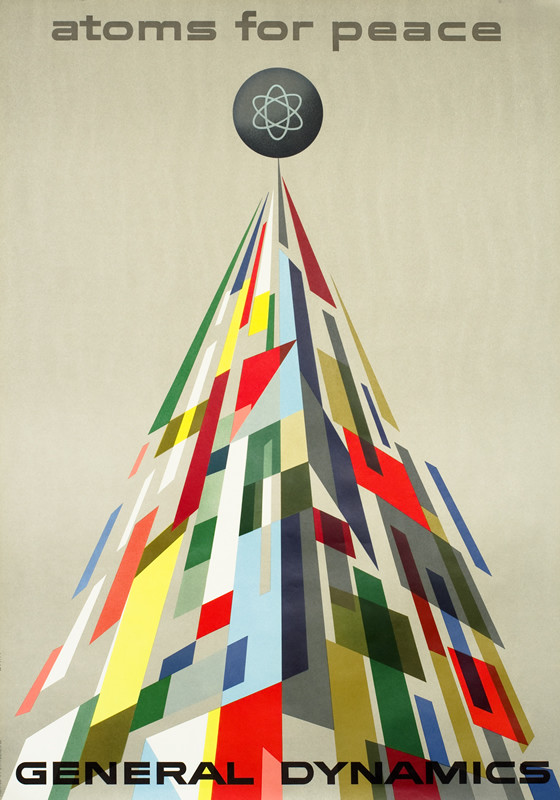 Nitsche, Erik
General Dynamics - Atoms for Peace, 1955
Erik Nitsche was a promising young Swiss graphic designer who moved to the US in 1934, making his name designing hundreds of album covers for Decca. In 1955 he became the Art Director for General Dynamics, a leading multi-division technology firm most famous for building the first nuclear submarine. There, Nitsche created several spectacular series of posters promoting the conglomerate’s various disciplines. This design of a pyramid made of flags is one of the earliest, produced for the first international “Atoms for Peace” conference in 1955. His inventive International Style designs were unlike anything ever created and stand among the best corporate advertising campaigns of the era. In excellent condition. Price includes linen backing.
35.8'' x 50.3'' / 91 x 128 cm
Lithograph | Backed on Linen
ID# SWG00836
$2400
VIEW MORE POSTERS LIKE THIS...
Country & Style
Other Keywords
Colors