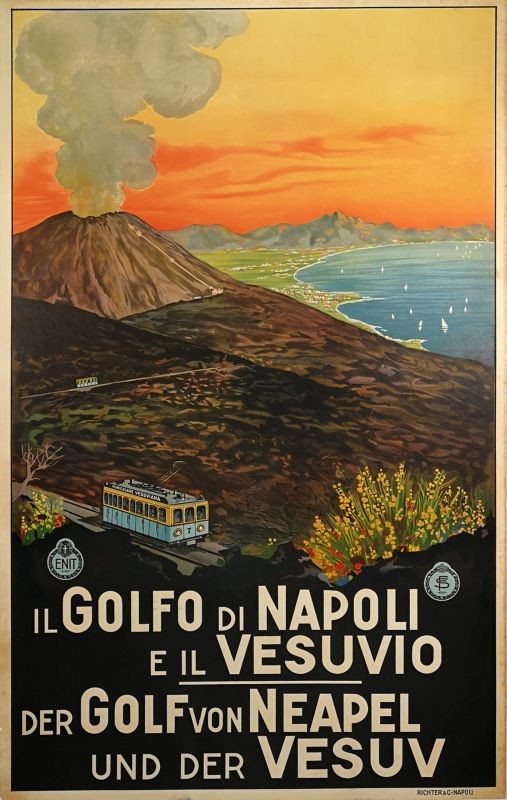 Borgoni, Mario
Il golfo di Napoli e il Vesuvio - Italian National Travel Travel Agency and Railway, 1925
This sweeping view of the Bay of Naples is one of the most rare and dramatic posters created by the Italian National Tourist Agency. An active Mt. Vesuvius smolders in the middle distance while two rail cars wind their way from Naples to the funicular line on the peak. Although the line launched in 1880, Thomas Cook & Sons later acquired and improved the railway, which continued in operation until 1944, when volcanic damage forced a shutdown of the line. The railroad became world famous as the only one built on an active volcano. Its fame was widespread and nearly instantaneous, enhanced by the sensational popularity of the 1880 Neapolitan folk song, Funiculi, Funicala. The ride quickly became an essential attraction for visitors to Naples.
24.5'' x 39'' / 62 x 99 cm
Lithograph | Backed on Linen
ID# ITL27480
$3,201 to $6,000
VIEW MORE POSTERS LIKE THIS...
Country & Style
Other Keywords
Colors