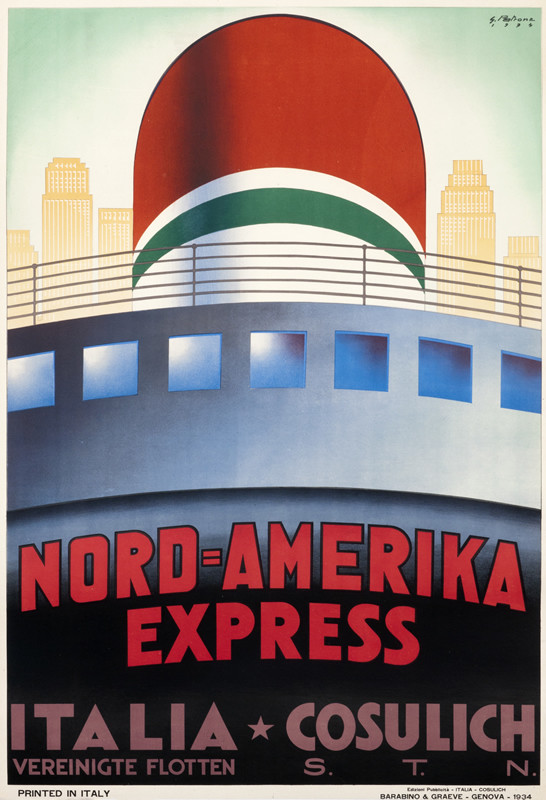 Patrone, Giovanni
Nord - Amerika Express Italia - Cosulich, 1934
This dynamic poster for the new class of "super-express" ocean liners represents the best in Art Deco design. With its funnel rising above New York skyscrapers in the distance, the imposing streamlined ship bears down on the viewer and stakes its claim to owning the North Atlantic. Art Deco coincided with a broad increase in travel by rail, car, and steamship. As a result, many of the travel posters of the era were executed in a sleek modern style. Mussolini and the Italians were preoccupied with the wonders of the industrial age, particularly the airplane and the ocean liner. This poster marks a high water mark for the Italian Line - in 1933 its new liner Rex broke the record for the fastest crossing of the Atlantic (only to be surpassed in 1935 by the Normandie).
25'' x 37.3'' / 64 x 95 cm
Lithograph | Backed on Linen
ID# ITL12397
$3,201 to $6,000
VIEW MORE POSTERS LIKE THIS...
Country & Style
Other Keywords
Colors