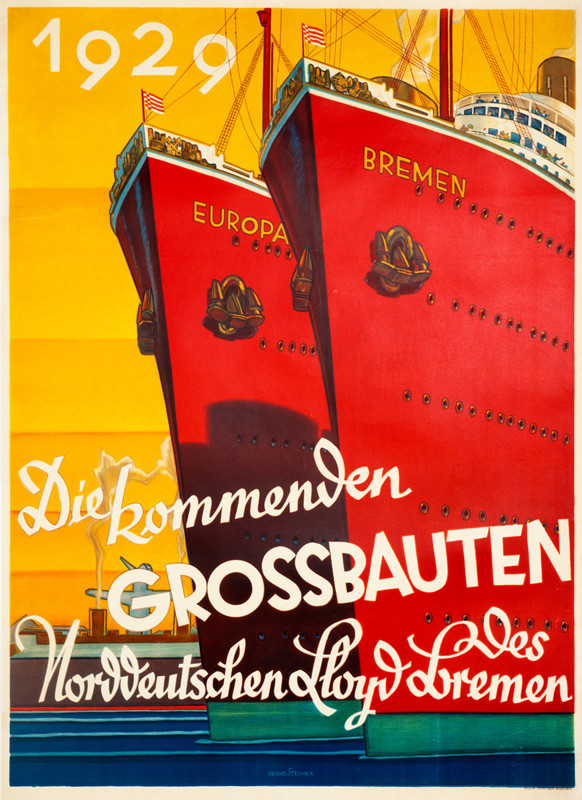 Steiner, Bernd
Norddeutschen Lloyd Bremen - Die Kommenden Grossbauten, 1929
"The Next Big Ships" announced the launch of the Bremen and Europa, the first German superliners to be launched since before World War I. Highly streamlined, they shattered British supremacy on the seas by breaking all speed records for the Atlantic crossing on their first voyages. This tandem of greyhounds, as elegant, safe and comfortable as they were fast, ominously signified a shift in the global balance of power and the powerful reemergence of Germany. This large format poster dramatically announced the two ships, that were built in two cities so they could be launched at the same time. Ultimately, the Europa was slightly delayed due to a fire before launch. But the effect was not lost on any of the liners competitors - a new era of competition was on.
37.8'' x 52.0'' / 96 x 132 cm
Framed Size: 47'' x 62'' (119 x 157 cm)
Lithograph | Backed on Linen
ID# GEG21141 (FRAMED)
$3,201 to $6,000
VIEW MORE POSTERS LIKE THIS...
Country & Style
Other Keywords
Colors