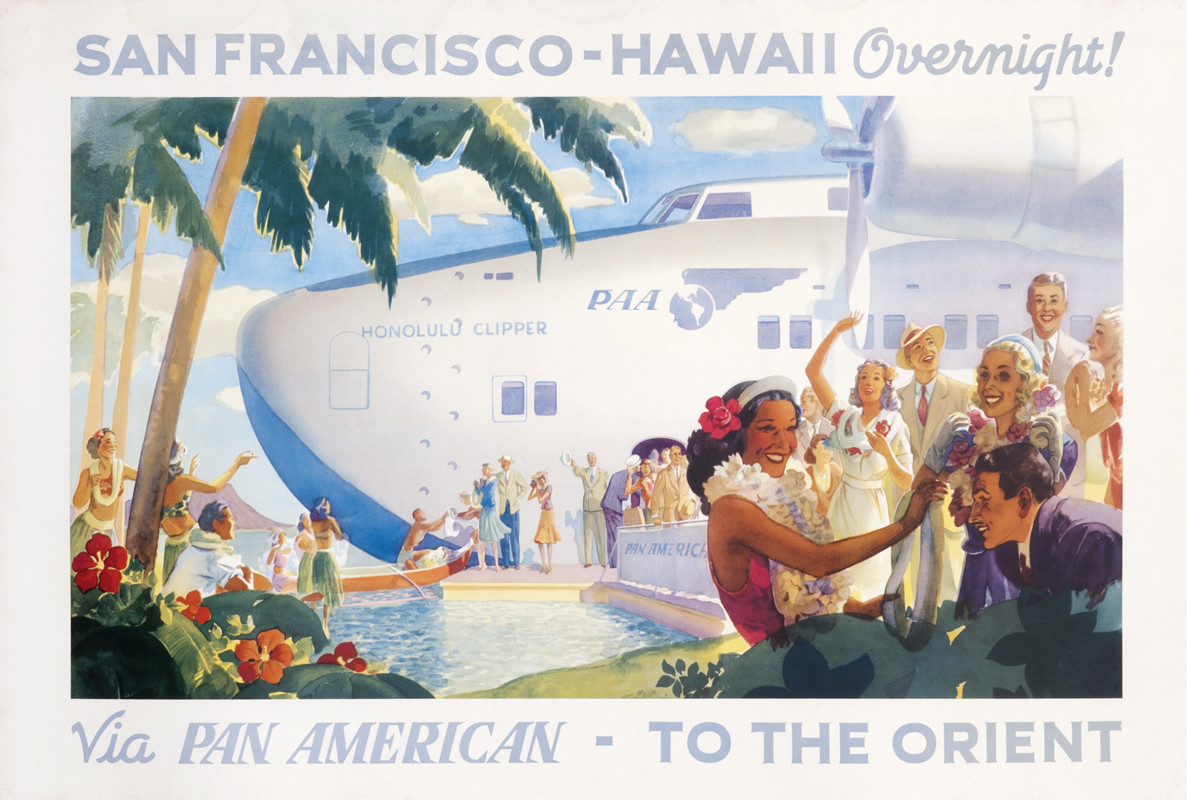 Attributed to McIntosh, Frank
San Francisco - Hawaii Overnight Via Pan American, 1939 ca.
In January 1939, Pan Am's Boeing 314 made its first scheduled flight from San Francisco to Hawaii. Dubbed the Honolulu Clipper, the seaplane landed in Pearl Harbor and taxied to shore amidst pandemonium, everyone straining to see the largest and most luxurious commercial airplane ever -- unsurpassed until the arrival of the jumbo jet 30 years later. In less than 20 hours, its 25 passengers enjoyed gourmet dining, dressing rooms and bunk beds to travel 3600 miles, capped by a delightful native greeting on arrival. This was the first leg of the Boeing Clipper's inaugural transpacific route that would pass through Midway, Wake Island, Guam, the Philippines and on to Hong Kong in 6 days. Air service, which had begun 3 years earlier with the smaller and shorter range Martin M-130, cut 2 weeks off the fastest ocean liner passage. Few posters capture the romance of travel better than this stunning rarity. It is likely the work of Frank McIntosh, who came to fame creating a series of Art Deco covers for Asia Magazine in the 1920s and posters and menu cards for the Matson Lines ocean liners in the 1930s.
41.3'' x 27.3'' / 105 x 69 cm
Offset | Backed on Linen
ID# USP23045
over $10,000
VIEW MORE POSTERS LIKE THIS...
Country & Style
Other Keywords
Colors