Soldiers of the World, Be on Guard! (Gary Powers) 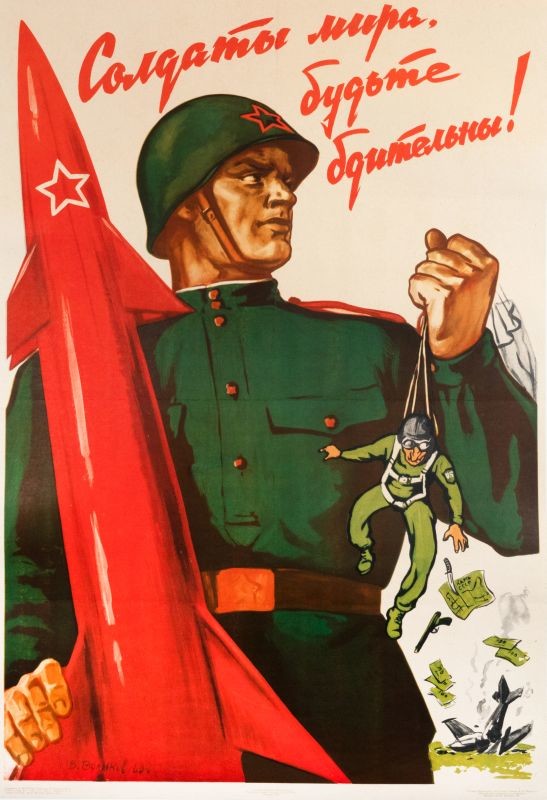 Soldiers of the World, Be on Guard! (Gary Powers)

Volikov, V.P.
Soldiers of the World, Be on Guard! (Gary Powers), 1960
One of the best Soviet propaganda posters of the early 1960s, with Soviet confidence at its peak. The poster shows a Red soldier with a giant Soviet missile holding a downed American pilot dangling by his parachute straps. The pilot is Gary Powers, the CIA pilot of the U2 spy plane that was shot down in 1960 over the Urals while attempting to cross deep into the Soviet Union at 70,000 feet, reportedly higher than the Soviets could reach. The Gary Powers incident disrupted planned talks between Eisenhower and Khrutschev and threatened to make the Cold War into a Hot War. Rare!
22.4'' x 33.5'' / 57 x 85 cm
Lithograph | Backed on Linen
ID# RUG27282
$2500
VIEW MORE POSTERS LIKE THIS...
Country & Style
Other Keywords
Colors