Care for her through the YWCA 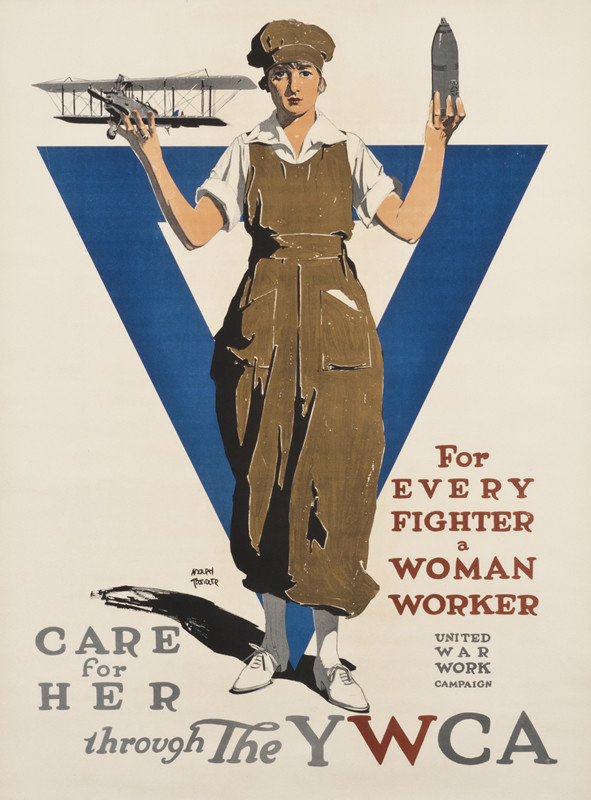 Care for her through the YWCA

Treidler, Adolph
Care for her through the YWCA, 1918
"For every fighter, a woman worker!" This charming and highly effective poster was created for the YWCA, which played an important role in improving the welfare of women throughout WWI. It highlights the emergence of the female industrial worker, who proved to be a versatile and skilled performer. The YWCA advocated for women’s rights in the workplace, limiting lengthy shifts and prohibiting night work. Treidler, a skilled and prolific illustrator, was famous for his posters in World War I and World War II, as well as Bermuda in peacetime.
28.6'' x 40.1'' / 73 x 102 cm
Lithograph | Backed on Linen
ID# USL09776
$900
VIEW MORE POSTERS LIKE THIS...
Country & Style
Other Keywords
Colors