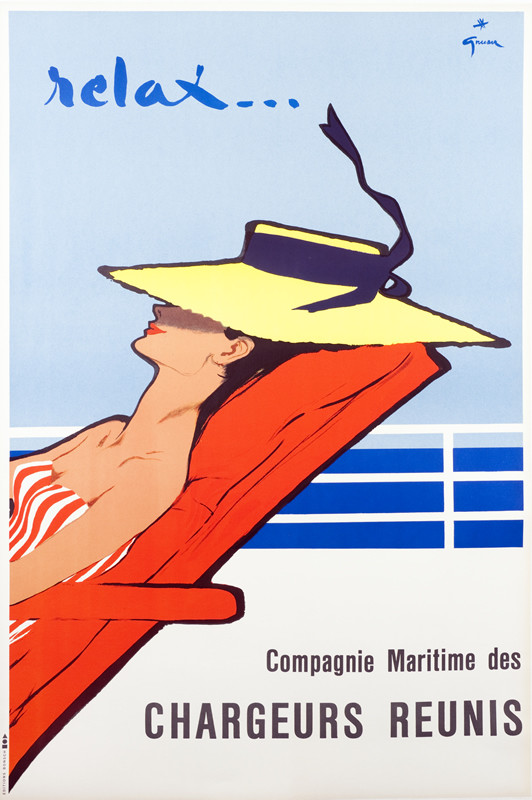 Gruau, Rene
Relax, 1954
The Fifties were the last flowering of the Golden Age of the Ocean Liner, which would soon be overcome by the Jet Age. During the decade, transatlantic crossings were joined by a strong increase in pleasure cruises. This charming poster for Chargeurs Reunis simply and elegantly captures the carefree life on a Post-World War II cruise ship. The shipping line, one of the oldest still in existence, began in 1872 in Le Havre to serve French West Africa, Brazil and later, French Indochina. Rene Gruau was an Italian poster artist who became a leading fashion illustrator in the Fifties and Sixties in Paris. His image of an Audrey Hepburn-like beauty, dozing in the sun onboard, is a classic of travel poster art.
24.4'' x 38.3'' / 62 x 97 cm
Lithograph | Paper
ID# FRL02732
$1800
VIEW MORE POSTERS LIKE THIS...
Country & Style
Other Keywords
Colors