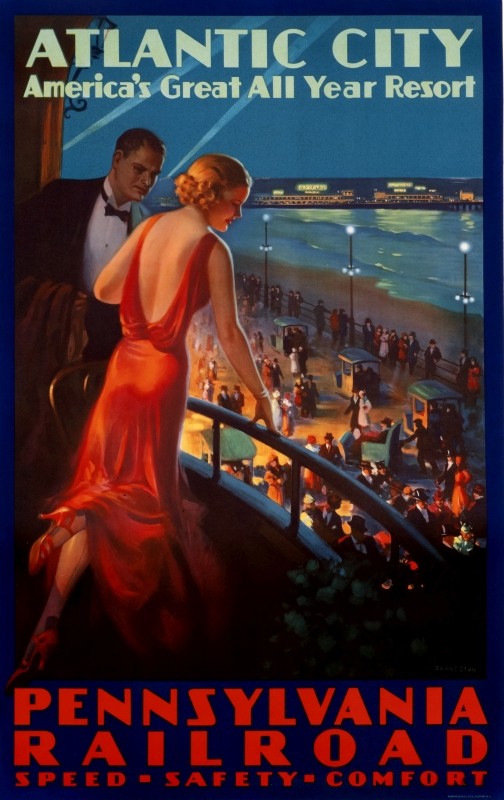 Eggleston, Edward
Atlantic City - Pennsylvania Railroad, 1935 ca.
In the early 1930s, Edward Eggleston produced what is often considered the best series of posters for the Pennsylvania Railroad, with the most spectacular ones featuring Atlantic City. The generally conservative rail line gave Eggleston the freedom to show off the famous Boardwalk with luscious scenes of bathed young ladies on the beach by day and night. Eggleston's striking scenes, this one of an attractive young couple overlooking the crowded boardwalk at night, created an idyllic world somewhat akin to a Hollywood movie set. Indeed, Atlantic City was in its heyday during the Depression, when a weary public needed an escape to a more perfect world - either of celluloid or sunshine.
25'' x 40'' / 64 x 102 cm
Lithograph | Backed on Linen
ID# USP27441
over $10,000
VIEW MORE POSTERS LIKE THIS...
Country & Style
Other Keywords
Colors