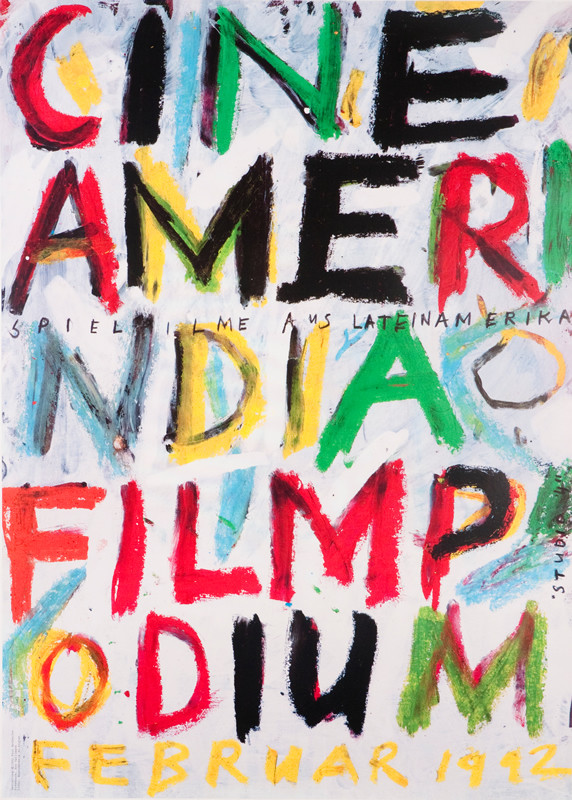 Bruhwiler, Paul
Cine-Amerindia Filmpodium, 1992
Since the early ‘70s, Zurich’s Filmpodium has become as famous for its posters as for its active film festival schedule. Early on, the Festival turned to Paul Bruhwiler, a young Lucerne designer who had studied with Saul Bass in the U.S. to create a hip, Post-Modern look for the posters. Bruhwiler's poster for a 1992 Latin American film festival is reminiscent of graffiti painted on a sun-drenched wall.
35.5'' x 50.3'' / 90 x 128 cm
Photo offset | Unknown backing
ID# SWL01492
$440
VIEW MORE POSTERS LIKE THIS...
Country & Style
Other Keywords
Colors