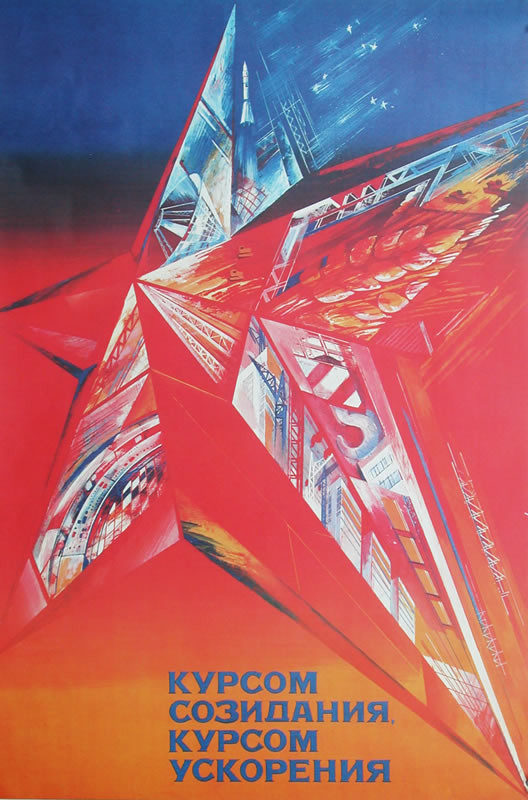 Artist Unknown
Follow the path of development and progress, 1986
This rousing early Perestroika era poster was created in 1986, when the Soviets launched Mir, the first permanent space station. It shows a Soviet star rising through space with details in the points of the star. The lower points highlight advances in agriculture and industry, the upper points the latest achievements in space. The star itself is an allusion to the ruby glass star that adorns the Spassky tower of the Kremlin, known by all Russians. The message of belief in the future belied many underlying problems: the Chernobyl disaster in April, a severe budget deficit and decline in oil revenues, out of control military spending, inflation and consumer unrest, and a draining war in Afghanistan.
22.5'' x 34.3'' / 57 x 87 cm
Photo offset | Paper
ID# RUL05171
$150
VIEW MORE POSTERS LIKE THIS...
Country & Style
Other Keywords
Colors