Glasnost', strength of convictions, culture of discussions are main components of a party meeting 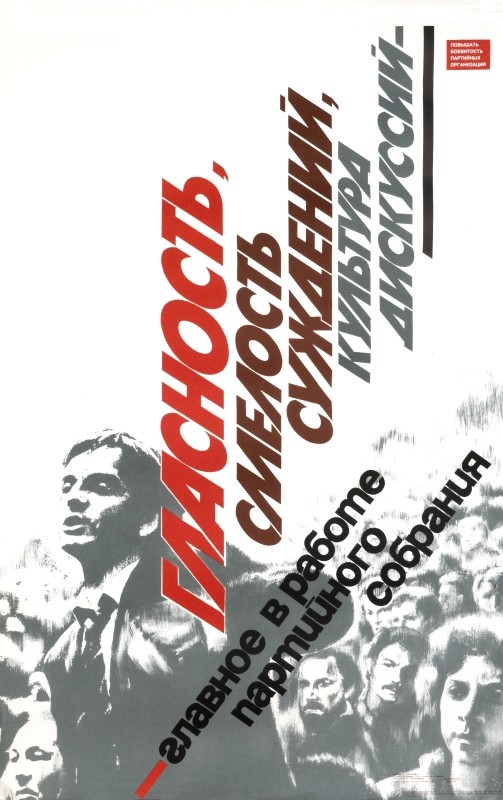 Glasnost', strength of convictions, culture of discussions are main components of a party meeting

Artist Unknown
Glasnost', strength of convictions, culture of discussions are main components of a party meeting, 1988
This poster shows a crowd with a headline urging open dialog and honesty. Gorbachev's embrace of democracy was meant to break down the reactionary rule of bureaucrats and party members, but it unleashed unwanted forces that he could not control. Soon it became impossible to manage diverse desires by conservative interest groups, ethnicities, and satellite states alike nor to control an emboldened press. As Gorbachev embraced democracy in 1988, the Chinese made a rapid retreat from this approach to reform, which became amply clear in their brutal response at Tiananmen Square.
21.6'' x 34.1'' / 55 x 87 cm
Photo offset | Paper
ID# RUL05205
$85
VIEW MORE POSTERS LIKE THIS...
Country & Style
Other Keywords
Colors