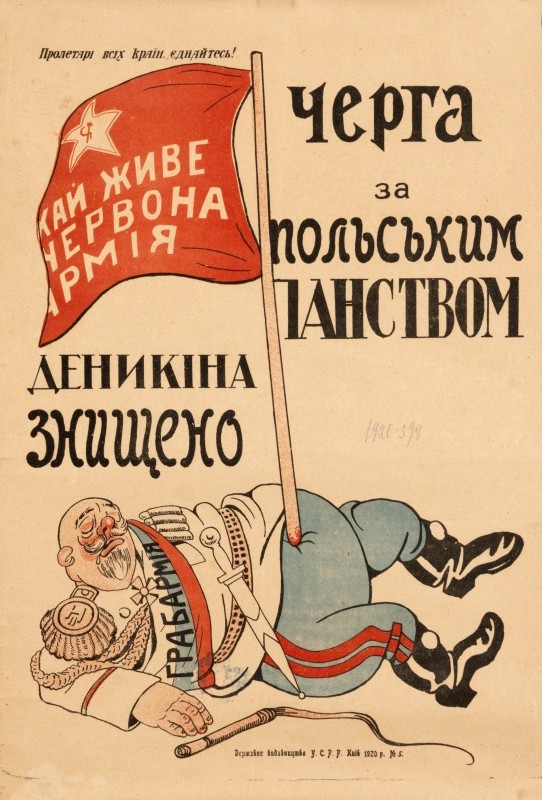 Artist Unknown
Long live the Red Army!, 1920
During the civil war, following the October revolution, General Denikin was leading the anti-Bolshevik army in the south of Russia, Crimea, and Ukraine. Here, he is depicted grusomely vanquished by the victorious Red Army; the banner piercing his belly reads "Long live the Red Army"; on his sash it says "White Army"; the large black font proclaims that Denikin represents and protects the Polish landowners.
15'' x 22'' / 38 x 56 cm
Lithograph | Paper
ID# RUC27203
$1800
VIEW MORE POSTERS LIKE THIS...
Country & Style
Other Keywords
Colors