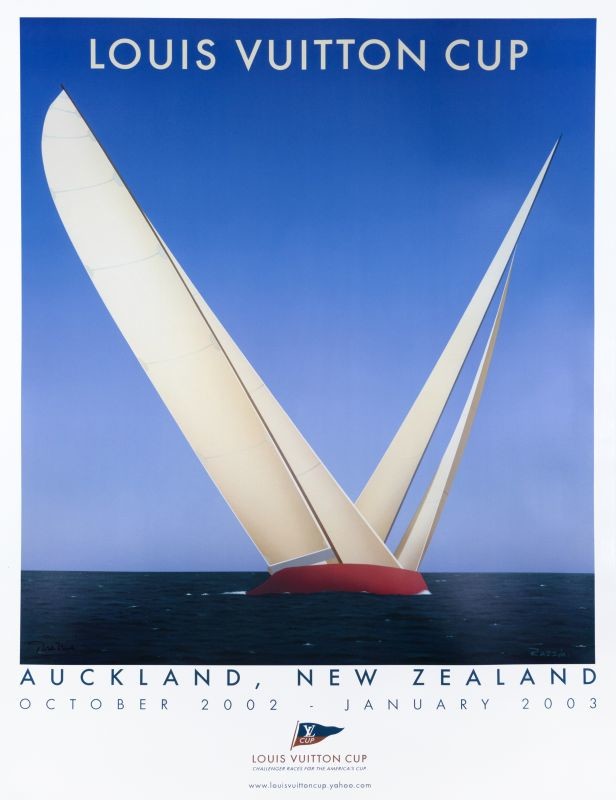 Razzia
Louis Vuitton Cup (lg) Auckland, New Zealand, 2002/2012
Gerard Courbouleix-Deneriaz, commonly known as Razzia, has been active in the advertising field since the Seventies. Growing up in Montparnasse during the 1960s, he studied English Literature and Fine Art at the University of Paris where he taught himself the basics of photography. He became a successful rock photographer, shooting groups like Pink Floyd and the Rolling Stones. Inspired by Art Deco and Surrealism, he turned his hand in the Eighties to poster art, creating more than 100 memorable series for Louis Vuitton, Roland Garros Tennis Tournament, Cannes Film Festival and many others over the last thirty years. We are fortunate that most of his posters were printed in open editions, and are available today as hand signed prints.
47.5'' x 56.5'' / 121 x 144 cm
Giclée | Backed on Linen
ID# FRG11232
$900
VIEW MORE POSTERS LIKE THIS...
Country & Style
Other Keywords
Colors