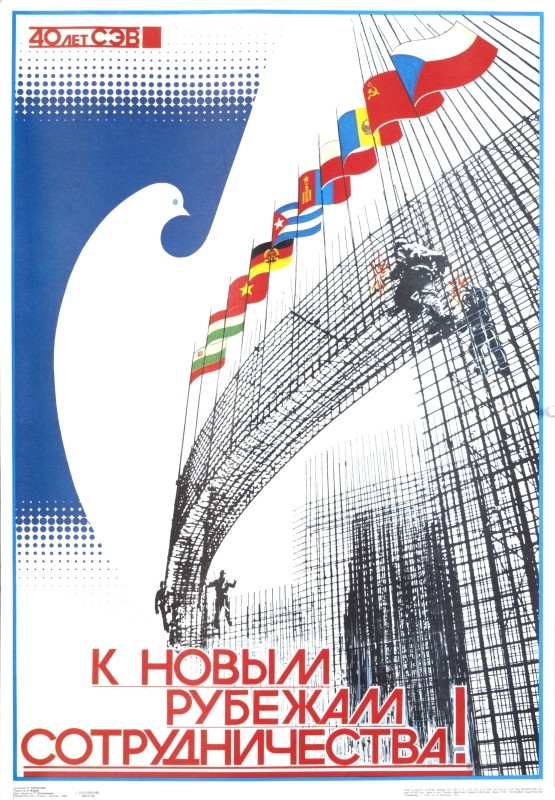 Tarasova, L.
The Council for Economic Cooperation - 40 Years Old!, 1988
The Comecon was formed in 1949 by the Soviet Union to draw the Eastern Bloc nations away from the influence of the newly formed Marshal Plan. Comecon essentially oversaw aid from the Soviet Union and trade within the Bloc. This poster celebrates the organization's 40th anniversary in 1988. Just a year later, however, Comecon was coming apart due to poor Soviet coordination and heavy handed practices, along with new measures allowing each state to negotiate trade unilaterally with the west. Comecon was disbanded in 1991.
18.5'' x 26.8'' / 47 x 68 cm
Offset | Paper
ID# RUL26557
$70
VIEW MORE POSTERS LIKE THIS...
Country & Style
Other Keywords
Colors