The Entente under the Mask of Peace 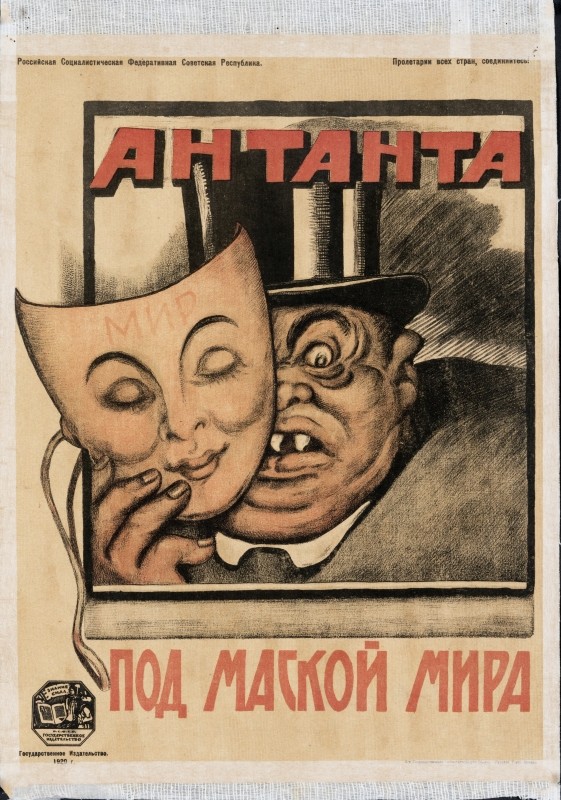 The Entente under the Mask of Peace

Deni, Victor
The Entente under the Mask of Peace, 1920
This remarkably visceral poster was created by Victor Deni, the greatest satirist of the Bolshevik Revolution. It is one of the strongest expressions of his abject disgust at the two facedness of Capitalist nations, here personified as a pig-like beast complete with fangs and top hat. The poster was produced in the summer of 1920 to express Soviet outrage over French support of Poland in the Polish - Bolshevik War that erupted shortly after WWI. At the time, it appeared that Warsaw might fold under the Soviet assault and the French came to prevent the spread of Communisim into Western Europe. Though the Soviet effort would ultimately fail, the poster remains as one of the strongest propaganda posters of the Bolshevik effort to establish its message of proletarian revolution.
14'' x 19'' / 36 x 48 cm
Lithograph | Backed on Rice Paper
ID# RUL26032
$3,201 to $6,000
VIEW MORE POSTERS LIKE THIS...
Country & Style
Other Keywords
Colors