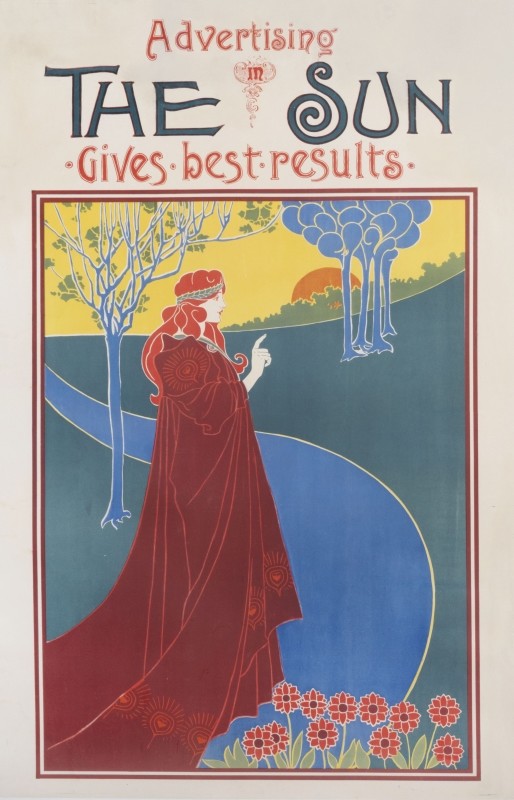 Rhead, Louis
The Sun, 1894
Louis Rhead was one of the pioneers of poster art, becoming a rare success in both the United States and Europe. Trained in his native England, he came to New York in 1883 to art direct for a publishing firm. Strongly influenced by the Arts and Crafts Movement and Eugene Grasset, he made his first of about 100 posters in 1890. Most consider his large format posters for the New York Sun newspaper his most striking, which is apparent in this first one. The design is serene and dream-like; a muse points the way to a journey beyond as the sun rises and the stylized flowers bloom - an apt metaphor as The Sun specialized in human interest stories. Rhead's sophistication shines through in the flat, unmodeled planes of rich color and its utter simplicity. It is not surprising Cheret chose this poster for his Maitre de l'Affiche miniature portfolio of the world's greatest posters.
29.5'' x 45.8'' / 75 x 116 cm
Lithograph | Backed on Linen
ID# USL27202
$3,201 to $6,000
VIEW MORE POSTERS LIKE THIS...
Country & Style
Other Keywords
Colors