Whatever else may be on your plate, don't forget who you are, comrade 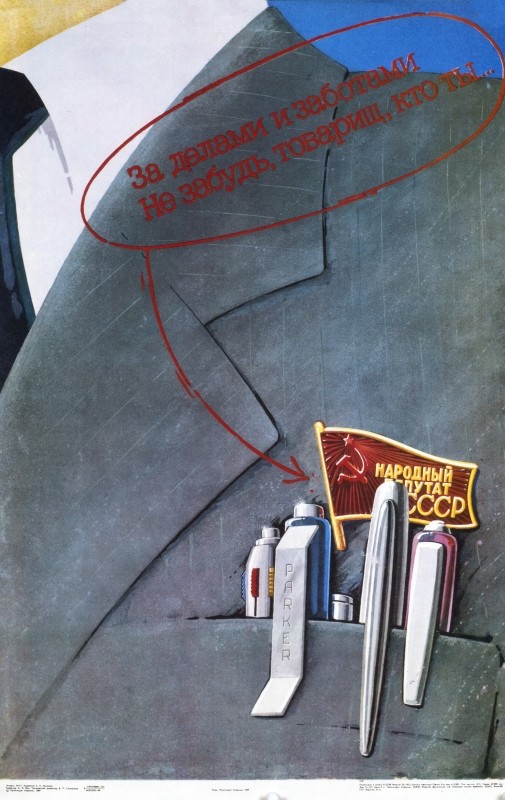 Whatever else may be on your plate, don't forget who you are, comrade

Minenok, S.P.
Whatever else may be on your plate, don't forget who you are, comrade, 1989
In 1989 Gorbachev made radical changes to the country's political structure by creating a new parliamentary body, the Congress of People's Deputies (CPD). Elected directly by the populace, its 2,250 delegates formed the country's highest legislative body and became deeply involved in the ethnic and national crises facing the CCCP. This poster shows an arrow pointing to a USSR People's Deputy pin and serves as a reminder to the new congressmen to do their duty for the party and the nation. The questions facing the CPD and the nation proved to be too much and by 1991 both were no longer in existence.
16.9'' x 27.0'' / 43 x 69 cm
Offset | Paper
ID# RUL26431
$150
VIEW MORE POSTERS LIKE THIS...
Country & Style
Other Keywords
Colors