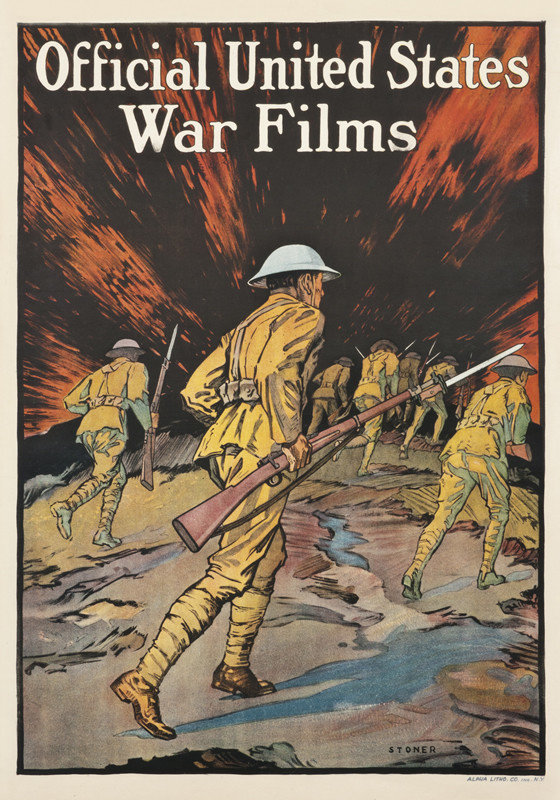 Stoner
Official United States War Films (infantrymen), 1917
This dramatic poster served to promote the Film Division, one of the most important branches of the Committee on Public Information in World War I. The Division produced three major feature silent films to promote the war effort: Pershing's Crusaders, America's Answer and Under Four Flags. The films would be supplemented by patriotic speeches and a band that played along with the films. Like its sister, the Department of Pictorial Publicity, the Film Division was highly successful, creating new records for distribution and film revenue. It was one of the best vehicles for bringing the heroism and sacrifice at the front closer to home. Rare, in very good condition.
28'' x 40'' / 71 x 102 cm
Lithograph | Backed on Linen
ID# USL06835
$3,201 to $6,000
VIEW MORE POSTERS LIKE THIS...
Country & Style
Other Keywords
Colors